Where Self-Love Fits in the #MeToo Movement 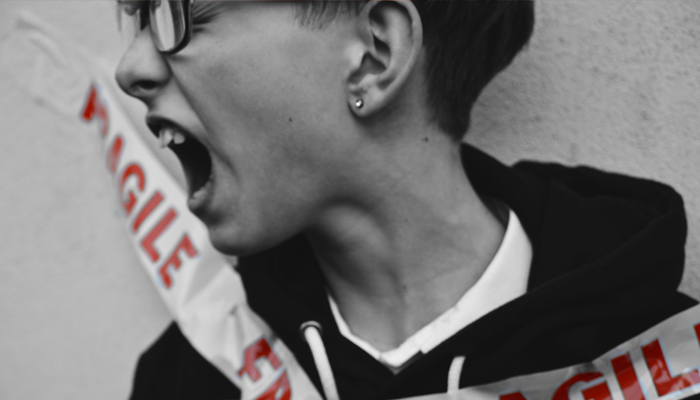 As I read the latest in the past year’s shockwave of unexpected celebrity human shortcomings (turns out Aziz Ansari is also not exempt from being inappropriately persistent and gross), my mind turned to a thought that I know may be tagged by some as focusing on the “wrong” issue, but it’s what comes up for me from time to time when I read these accounts: I wish that we had stronger voices. I wish we had greater access to and understanding of our worth and power.

Rape culture is real. We can’t erase it by just teaching victims of assault to react to their aggressors in any specific way; that isn’t realistic, and even if it were, it wouldn't be a solution to the problem. I believe it is of the utmost importance that we invest in education around consent, so we can all get on the same page about what is right and what is wrong when it comes to the way we treat and value one another. The way Aziz Ansari treated “Grace,” a woman who recently came out with an account of his assault on her, was selfish, disrespectful, and inappropriate, and this kind of behavior needs to be eradicated.

I also believe that part of this education plan should involve teaching self-love.

In our society, women and femmes often suffer from debilitating self-doubt and insecurity. This is a topic that we at The Body Positive see firsthand and discuss a lot, as there is an obvious connection between those feelings and the way we treat and view our own bodies. I'm interested in the way these deep seated beliefs affect our behavior and experiences when it comes to sex and dating.

It’s true of many assault cases that the victims don’t realize that what they experienced would even qualify as such until after the fact. This could be due to dissociation during a traumatic event or the survival instinct that kicks in when we are in danger. I wouldn’t presume to guess why it was so for “Grace,” but she is another person who made the realization after the fact, with the help of her friends. My inability to identify my own experiences as assaultive stems from the fact that I often blamed myself for the way men treated me.

My trust in myself wasn't as strong as my craving for validation from a man.

What I am about to say is my own personal reaction to Grace’s story based on my experiences. I do not pretend to know if it’s true for anyone other than me, though I suspect some people might relate. As I reached the end of reading her account, I began to rewind through the events of her evening and my heart stuck on each moment that she put up with, even though it wasn’t what she wanted. This was a familiar scenario to me, and when I look back on my own similar experiences, I know that the reason I didn't resist against those moments was because my trust in myself wasn't as strong as my craving for validation from a man. I functioned from this place of desperately needing validation throughout the entirety of my twenties, and well into my thirties.

I spent a long time seeing my experiences with men as “bad luck.” It wasn’t until years after I began to work on cultivating self-love with The Body Positive that I finally saw how my behavior was contributing to some of my experiences and I realized that my luck wasn’t entirely to blame. I want to be clear that I don't blame myself for what happened to me, by any stretch of the imagination. I blame the society of which I am a product. Validation from men was the signal I relied on to gauge my worth.

I pursued this validation in a variety of ways: there was the doling out of benefits of the doubt; there was the hard work I put in to push past discomfort in the hopes of landing on a happier ending; there was the fear that my discomfort was my own fault, and that it was up to me to make it right, to make both of us happy. And all of these pursuits were always more important than following the urge that would gurgle in my gut, the fleeting thoughts of, “I should go home” or “Kick him out” or “I deserve better than this, and this simply will not do.” I buried so many of those thoughts.

The scenarios I have in mind when I describe these behaviors are relatively safe ones and I acknowledge that in more dangerous circumstances, none of this applies. (And let me also acknowledge the fact that I have many privileges which have undoubtedly saved me from many dangerous situations.)  But these scenarios are ones where a self-doubting, insecure woman leaves thinking, “I should have been more clear...of course he was confused. What happened is my own fault.” I have said “no” and hoped it would be enough to make him stop begging me, blaming myself when it wasn’t, and eventually giving in. I have said “yes” because I was sure that if I didn’t, it would mean I was a tease and I did not want to be that.

I cared too much about being consistent, polite, a good hostess, a good date.

I cared too much about what he thought of me. Him, the one who wasn’t treating me the way I wanted to be treated. I cared more about him in the moment than I did about myself. His favorable opinion of me was the substance on which I survived. For me to say I was “good” was not enough. It didn’t count unless he thought it too. My very value depended on him—a man I’d maybe been out with twice, who did questionable things from the moment I started speaking to him. Another who pushed his way into my life in a way that I wasn’t quite sure I liked, but which I allowed. Yet another who guilted me into doing things the way he wanted; the cultural expectation of a “real man.” And another still who made me feel I was out of line for having a preference.

The men I was with should have been more respectful. I deserved their respect. This is a fact that neither of us understood at the time. The work that I see we need to tackle as a society is to help us ALL understand this.

As I practice the Competencies of the Be Body Positive Model, my self-love grows and I see things differently now. I see the ways I can assert my worth, and how I can clearly communicate how I want to be treated. I am clearer in all of my desires (which is also supported by my growing practice of intuitive self-care), and it is easier for me to understand how to get what I want and how to avoid what I don’t want, not just with men, but in all areas of my life.

I’m not suggesting that having self-love can protect us against all harmful outside forces.

This is why I believe consent education is crucial and rape culture must be dismantled, with the main focus on the actions and mindsets of the perpetrators. But I do think that there’s room to also work on individual and collective empowerment. And I think that our society would benefit immensely from a new squad of powerful, unapologetic, self-loving, self-knowing individuals with strong voices.

Let’s create consent culture. And let’s teach people that they’re worthy of it.

Do you want to help form the new squad of powerful, unapologetic, self-loving individuals? Attend an upcoming Be Body Positive Facilitator Training. 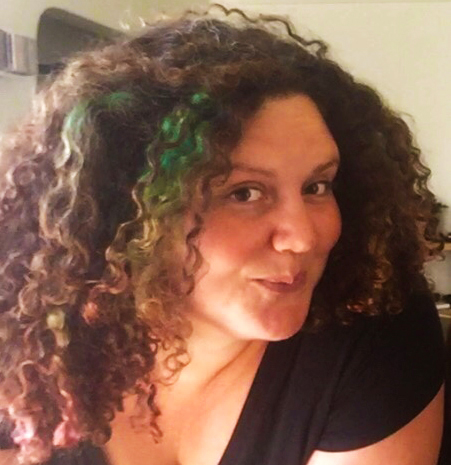 Naomi Finkelstein
Naomi is a Chicago-raised, Berkeley-based Jill-of-all-trades. She has over a decade of experience working in education and has worked professionally as an actor, writer, yoga instructor, and artist. She has been working with The Body Positive since 2014 and is also a wellness coach, with a passion for working with people in large bodies who want to pursue wellness on their own terms, without the pressure of weight loss. You can learn more about her at www.naomifinkelstein.com.
Blog Home